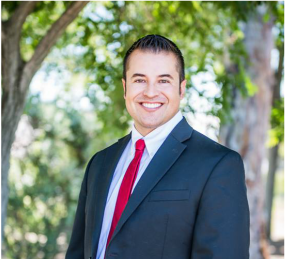 ​Dr. Kenneth Armijo is a research scientist and R&D Engineer who holds a Ph.D. in Mechanical Engineering from the University of California, Berkeley with minors in Energy and Resources, and business credentials in Management of Technology from Berkeley's Haas School of Business.

Dr. Armijo's research and professional interests are in alternative energy technologies and sustainability. He currently holds four patents on a broad range of technologies; has published over thirty publications; and, has had three startup companies in wireless infant/elderly health monitoring systems, solar water heating technologies and in organic sustainable agriculture.

A recipient of several prestigious national fellowships from NASA, the National Academies of Science, the National Science Foundation, the Alfred P. Sloan Foundation and GEM, Dr. Armijo has and continues to use his scholarship experiences, as well as his research experience with NASA Johnson Space Center, Sandia National Laboratories and Stanford Linear Accelerator Center to educate youth in the sciences. In so doing, he routinely facilitates science, energy and sustainability education projects and programs throughout New Mexico and California.

He is a proud native New Mexican who has provided technology development assistance through the New Mexico Small Business Assistance (NMSBA) program and is an active participant in Lab-to-Venture initiatives to help small businesses innovate to become successful. He also mentors small renewable energy, desalination and sustainable agriculture companies, both locally in New Mexico and nationally, as they progress through the business development process. He has also proven innovation success in reducing irrigation water consumption for his family’s New Mexico chile pepper farm and holds board positions on several city and state educational, economic and civic organizations, such as the Society of Hispanic Engineers and STEMAbq. He credits his success to the upbringing he experienced growing up on this small farm, in a very rural community, as the initial catalyst for his inquisitive nature. An avid musician, Kenneth can sometimes be found playing his trumpet or drums at local venues.
Workshop Speakers 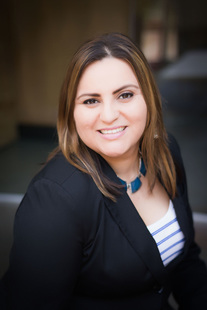 ﻿Laura Rangel
Laura Rangel has been SHPE National’s Senior Coordinator, National Meetings and Events since 2013.  Originally an English major working in Education, she ultimately chose meeting and event planning as a career path. She completed her Certificate in Meeting and Event Planning from San Diego State in 2010. Laura served on the Board of Directors for the Orange County chapter of Meeting Professionals International. She has been an active member for six years and won the chapter's Rising Star of the Year award in her first year. Laura feels that her time planning monthly education programs with MPIOC awarded her extensive preparation for her role at SHPE. Her experience in handling hotel contracts for in-kind donations turned her into a savvy negotiator. This experience is easily transferred to the programs she now manages, which include RLDC’s, , NILA, IPC meetings and overseeing the National Conference’s education committee.

​Laura feels her biggest strengths are her insatiable thirst for knowledge and her passion for people and relationships. When not planning events, she enjoys traveling, watching sports with her husband of ten years and chasing her three year old daughter. 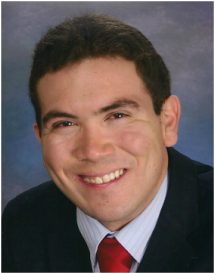 Originally from Caracas, Venezuela, Oscar’s moved to the United States when he was 15 years old. As an undocumented student he was not able to work and financial aid was not available to him, in order to afford college Oscar started a vending business which he grew and later sold in order to concentrate on his career. Oscar also did consulting work for non-profits, small businesses and the Utah Governor’s Office of Economic Development (GOED). Oscar was finally able to obtain a work permit through DACA (Dream Act).
Oscar professional passion is in building and growing businesses. Oscar has experience leading teams and driving process improvement in manufacturing operations and finance industry. He currently works for a leading Investment Bank. He is an Advisor to A-Level Capital a venture Capital Group run out of Johns Hopkins University. He also serves as a Regional VP for SHPE and was previously in the National Board of Directors.

Oscar is a supporter of education and economic development. He has spoken on this issues with U.S Senate Task force of Hispanic Affair, and the National Hispanic Caucus of State Legislators (NHCSL) Conference. Oscar has also been interviewed by ABC News, Herald Journal, Deseret News, Utah Public Radio. 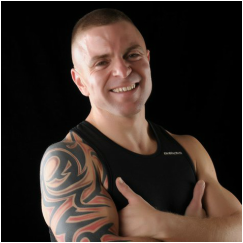 Born and raised from humble beginnings, CJ put himself through college by teaching martial arts to troubled youth while he himself fought on the National Circuits earning numerous national champion titles.

He has started two companies, one of which was ranked by Inc. Magazine for 3 consecutive years earning him a space in the Harvard Graduate School of Business. After leaving his first company of 7 years he went back to fitness where he has created the eVOLV International Fitness brand. With 10,000s of thousands of clients worldwide, eVOLV is one of the fastest growing fitness brands. 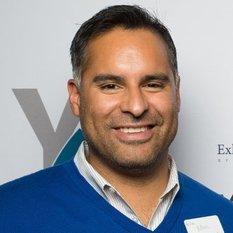 Now works at the City of Albuquerque, Manager of the Hydrology Department, and the City Hydrologist. 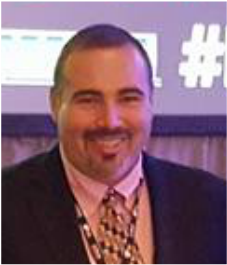 Rafael Gonzalez
​Rafael Gonzalez was born in Chihuahua, Mexico and received his B.S and M.S degrees in Electrical Engineering from The University of Texas at El Paso in 2001 and 2003 respectively.

From 2004 to 2015 he worked for Intel and was the Inclusion and Diversity Leadership Team chair for the Intel New Mexico site where he managed 12 Employee Resource Groups (ERGs).  He also served as the Intel Latino Network (ILN) president.

He then joined Sandia National Laboratories in 2015 as a Research & Development Science and Engineering Manager.
Rafael is a very active member of the community serving as the president for the Society of Hispanic Professional Engineers (SHPE) NM chapter as well as the VP of Marketing for the National Society of Hispanic MBAs (NSHMBA); an active member of organizations such as the Albuquerque Hispano Chamber of Commerce (AHCC), MANA of Albuquerque and the Road Runner Food Bank; and, the 2016 president elect for the New Mexico Society of Professional Engineers (NMSPE).

Outside of work, he enjoys spending time with his family, traveling, learning about ancient civilizations and investing. Rafael also enjoys spending time to improve his community especially around STEM education and economic development.  His passion is empowering the Hispanic community to realize its fullest potential and to impact the world through STEM awareness, access, support and development where Hispanics are highly valued and influential as the leading innovators, scientists, engineers and entrepreneurs.
Greg Mundth

​Gregory Mundth holds a Master of Arts in English: Writing and a Master of Human Resources and Labor Relations.

He has worked in both higher education and industrial manufacturing. Currently, he is the head coach at Greg Jackson's Martial Arts and Fitness Academy, where he teaches mixed martial arts techniques, tactics, and strategies. 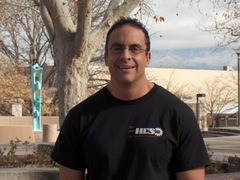 Steven Peralta received a Master’s Degree from Purdue University and Bachelor’s Degree from the University of New Mexico - both in Electrical Engineering.  He worked as a Software Engineer at AT&T Bell Laboratories for 6 years in the areas of testing, field support, quality assurance and lead development.

He then began his new career in education at Santa Fe Community College directing the Computer Science and Pre-Engineering program.  Currently, he is the Director of UNM’s Engineering Student Services which offers support services for UNM engineering students such as scholarships, outreach, K-12 programs, mentoring, internships and multicultural engineering programs. He has received an award for his proactive efforts to increase the number of Latino students successfully completing high school and continuing on to pursue undergraduate and graduate degrees in STEM degree programs and is actively involved with a local Boxer Rescue group. 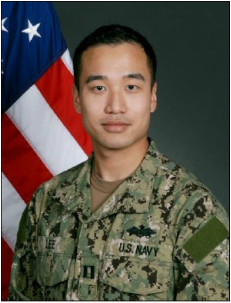 Lieutenant Lee is assigning to NAVFAC Southwest as the West Coast Accessions Officer transferring from Naval Air Station Whidbey Island as the Assistant Public Works Officer, where he was responsible for coordination of 3 aviation platform transition MILCON programs.

Lieutenant Lee attended Civil Engineer Corps Officer School (Class 241) in, Port Hueneme, California during summer of 2008. He then reported to Naval Air Station Jacksonville Public Works Department for his first duty assignment in August of 2008. He served as the Asset Management Engineer under the Public Works Officer during his first eleven months managing base wide space assignment issues. He then transferred over to Facilities Engineering & Acquisition Division the following eleven months as one of the construction managers handling contracted construction work.

Following his NAVFAC assignment, he was detailed to Gulfport, Mississippi where he completed Expeditionary Combat School prior to joining Naval Mobile Construction Battalion ONE THIRTY-THREE. During homeport he served as Alfa Company 1st Platoon Commander and completed Water Well Training Exercise with 20th Seabee Readiness Group. While on deployment, he served as Headquarters Company Commander and Material Liaison Officer for Detail Guam.

He arrived at Whidbey Island in November of 2012 redeployed from a GSA with Combined Joint Task Force – Horn of Africa, where he served as Country Engineer for Ethiopia, Rwanda, Tanzania and Uganda. As a Country Engineer for CJTF-HOA, he managed NAVFAC contracts, and provided project oversight and quality assurance to local contractors in the East Africa region. 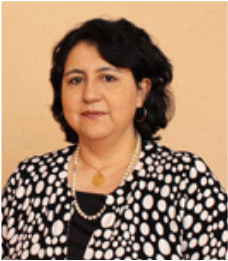 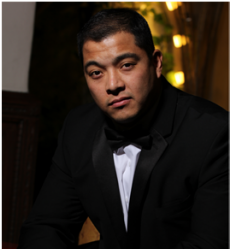